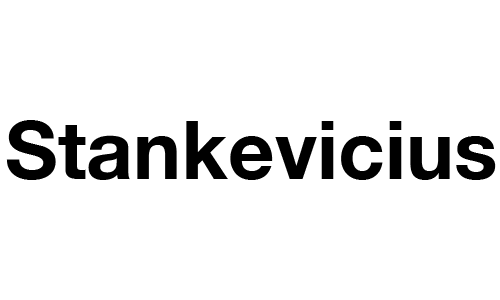 Back to Stankevicius MGM Review

Successful German Entrepreneur Marvin Steinberg announced last week the formation of Steinberg Invest, an accelerator company that helps ambitious startups with an already-working proof of concept to scale to the next level.

Mr. Steinberg is a seasoned businessman with a proven track record of building profitable companies that make a difference, and Steinberg Invest aims to empower innovative startups with the capital, knowledge, network, and marketing prowess needed to grow into the next big thing.

"I know how hard it is to get the ball rolling. In today's uber-competitive world, it's difficult to get the funding you need to turn your vision into reality. And without those funds, it's impossible to scale, no matter how good your idea is. So I've made it my mission to find promising startups, and give them the opportunity they deserve to make it as the "next big thing". I do believe in unicorns, and I'm busy growing them" - Mr. Steinberg has said in an interview.

After being the first to implement cutting-edge online marketing strategies into a predominantly offline German energy sector, Marvin Steinberg quickly made a name for himself in the industry as a true innovator.

As a result, he founded his own distribution company "db swpro", which, together with the energy supplier "db swdirekt" quickly grew to generate millions of dollars in steady profits, involving over 25,000 people.

After just 6 months, Mr. Steinberg sold the company to an American multinational, made a highly-successful exit, and went on to pursue additional challenges.

CPI Tech's specialty is that it not only builds easy-to-use software architectures in record time, but also provides its customers with an ROI often within the first 3 months.

As a result, the company has strong performance all around. Just the last year, they've achieved:

One of CPI Tech's latest projects that Marvin Steinberg is also involved in is the "Times Square Token Project", an ambitious $700M undertaking that aims to "tokenize" a part of Times Square itself.

What this means, in essence, is that by utilizing the power of the Blockchain, almost anyone will be able to own a piece of this iconic trophy asset right in the heart of New York City (with all its perks) - regardless of their background, geographic location, or financial situation.

For decades, this definition of the "American Dream" has always been a far-fetched fantasy for most people… but not anymore. Under Mr. Steinberg's guidance and Maximilian Schmidt's leadership, the Times Square Token will truly democratize real estate investment, and allow anyone to jump in, without the need for unnecessary middlemen, expensive lawyers, and tons of hidden fees. Nobody else is doing something like this.

And that is exactly what fuels Mr. Steinberg's desire for innovative entrepreneurship: to be in the vanguard of revolutionizing key industries, just like he did with the energy sector in Germany - only now, on a global scale.

As a result, he has been featured in leading publications such as the Pac Man show, CoinCurb, and Yahoo! Finance.

Passing on the torch

Now, after creating a multi-million dollar empire, Marvin Steinberg aims to help other entrepreneurs in turning their vision into reality as well.

Through Steinberg Invest, Mr. Steinberg has already helped dozens of businesses grow past the 7-figure mark, mainly through his vast experience as a successful entrepreneur, industry knowledge, comprehensive network, and hands-on mentorship style.

And now, he plans to help even more companies, either by partnering with them directly or by transforming their marketing through another one of his companies, Steinberg Marketing - a data-driven, ROI-centric marketing agency. Mr. Steinberg is now on a journey to help high-potential startups or even established ventures push past their constraints and be global players by levering his network, experience, and technological resources.

Entrepreneurs and business leaders can use www.steinberginvest.de to learn more and book a free discovery call to kick-start their growth.